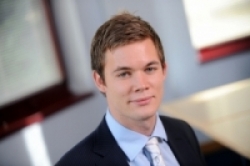 I am a second year Trainee Solicitor at national law firm Mills & Reeve– so where could it all have gone wrong?

A student at a law fair I recently attended told me that he wanted to be a lawyer. He explained that getting ‘into law’ would be much easier and a more likely option than for example trying his luck at the diminishing profession that is banking innit…. hmmm not quite.

I was told on the first day at University* as an undergraduate that all 250 students on the commencing law degree course (nb not some or most, but all) would be lawyers- unless of course we chose a profession even grander. Excellent I thought- bring it on!

*Not at The City Law School!Unfortunately the truth is that getting a Training Contract is hard work and even a 1st at University coupled with a Distinction at Law School does not guarantee you a job.

So how can you maximise your chances of a Training Contract?

The secret trick (or not so secret as the case may be) is to spend the same, or more, time and effort applying for Vacation Schemes as for Training Contracts. Madness? Perhaps not.

Curiously some firms still insist on Vacation Schemers being penultimate year law students or final year non-law students. This to me cannot be right as it means that anyone who is past this stage (eg started their LPC) is precluded from over 50% of the Training Contract application process…Age Discrimination? I hear you ask (and if someone decided to press these firms on the point I think their employment lawyers would have to scrape the barrel of excuses to come up with any valid justification). Nevertheless, if you are currently doing your LPC despair not- instead look out for firms that seek Vacation Schemers who want to commence their Training Contract two years hence. There are plenty out there!

I think key to a good application is to write something that the recruiter will remember you for (which in a pile of 1000 applications might not be an easy task). Don’t be afraid to stick out! My application for the Mills & Reeve Vacation Scheme was slightly different from the ones that other firms had previously rejected and this was as a result of someone telling me that the sign of insanity is to try the same thing many times and expect different outcomes. The focus of this application was not on academic achievements (which in truth many unsuccessful applicants may have topped) but instead I was determined to bag an interview by telling the recruiter something about me- which in some ways is easier than the feat of trying to make a mooting competition or the like sound exciting.

I got my Training Contract offer after completing a Vacation Scheme in the summer 2006. The Vacation Scheme itself can best be described as a two week interview (with lots of wine!) and if you are fortunate enough to secure more than one Vacation Scheme, place it also as an excellent opportunity for you to properly decide which firm would suit you best. I am a firm believer of the law of averages so whatever you hear- apply to as many firms as possible! Especially as part of the beauty with the Vacation Scheme is that you do not actually have to decide whether you like the firm until after the placement. Having your cake and eating it and all that…

That is after all the aim of the game.