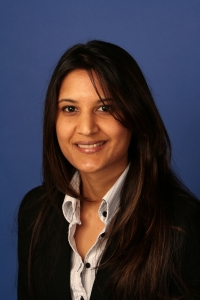 In terms of life experiences, going to China and learning a new language, culture, and perspective on life was the best thing I could have ever done. I believe that it also helped me indirectly to secure the all valuable training contract.

This is how: Having to compete with the sheer number of training contract applicants, I had to do something to catch the eye of prospective employers.

When I was 17 years old I was convinced by an uncle to get as much work experience as possible for my CV. So, I set myself to this course during the first year of A-Levels, all the way through to my final year at Law School. I did everything from 2 days, 2 weeks and up to 2 months at different law firms. The most frustrating aspect of this accumulation of life experiences was that I didn’t get paid a penny. I did, however, gain a wide range of work-related experiences from asset tracing at a magic circle firm to attending police stations for a High Street firm.

The first step to a training contract is to ensure that in addition to a sound academic record, you go out into the market place and get some exposure to life for practicing lawyers. Work experience gave me a great insight into all areas of law and solidified my interest in working for a medium sized corporate city law firm. While at these firms, perform at your best because the work done during this time may well distinguish yourself and cause you to be remembered favourably in the future. This is where you will begin to develop those all important contacts upon which your legal career can be so dependent.

You would think this was enough to land me a training contract. But no, it is harder than that! As you already know, candidates apply for training contracts two years in advance of their start date. So I started my third year at university and promptly began applying. This was the most disheartening period in my life. Even when I managed to get interviews I was unsuccessful and I could only put this down to my interview technique. I was certain that I had lost my few chances due to my poor performance in these interviews.

Second piece of advice: Make sure your covering letters and CVs are well written and professionally presented. This is definitely not a time for spelling errors or sloppiness! In addition, polish up your interview skills – treat interviews as you would an exam or a viva. Speak to people who have been interviewed, understand what questions are going to be asked and think through answers for them in advance. Different firms have different criteria and expectations. A big City firm will not operate in the same manner as will a small High Street firm. Your careers advisor should have already given you the drill on that. But, in real life you need to practice. Find ways to test yourself on the spot. During the time I didn’t have a training contract I joined temping agencies. They got me interviews galore and this was a perfect means of practicing my previously less than adequate interview technique. I also set up a number of mock interviews with family and friends and eventually started to enjoy being interviewed.

You can put ‘expected 2.1’ on your CV to your hearts content before your final results, but what do you do after your degree results come out? I was predicted a 2.2 and I knew that this was not good enough. I needed a 2.1 to give myself any chance of ever landing a training contract. Drastic action was called for so I enlisted the services of my tutor, Nigel Clayton, and asked him what I could do to get a 2.1 at such a late stage in the game. ‘Well’, he said, ‘You need to do some work’. A little obvious maybe but it was time to face facts. On a positive note, he told me that I could pull a 2.1 out of the bag by hard work, talent, sweat, blood, and a minor miracle. So I did just that.

Third tip: Work hard! You know this is a competitive world. There is a time to have fun and a time to buckle down. I know this makes me sound like a 24-going-on-55 drag, but I promise that your hard work will pay off. After having so much fun during the first two years of university life, as sad and unlikely as it may sound, I actually enjoyed the hard work in my final year.

After graduating I still did not have a training contract. So, I spent all summer working at yet another law firm. I then began the very intense Legal Practice Course at law school and my applications for training contracts faltered. I generally get the blues when winter arrives but this winter was even worse than usual. What was I going to do? My parents just forked out £7,000 for LPC fees and it all seemed to be going to waste. I tried my best to close my mind to all the negative thoughts and worked hard to aim for that distinction or commendation.

Law school came and went. I finished my exams, did well and I had a great time. But, I realised I needed to embark on a fresh challenge and I decided that attempting to learn Chinese Mandarin would be both fresh and challenging. I did some investigating and was accepted on a programme which required me to spend just over a month in China. I had absolutely no idea what to expect but I returned from that adventure a changed person. I learned a tremendous amount in that short time and my confidence and people skills grew exponentially during my stay in China. I started to think a lot more logically and discovered that there was a whole lot more to life than my little world. I developed as a person and learned to handle unforeseeable situations. The interaction with people from different backgrounds and learning to navigate the personal dynamics of such a challenging and diverse group of people did wonders to prepare me for work in my chosen profession.

Fourth tip: In addition to good academics, law firms are looking for interesting, dynamic and worldly individuals who are adaptable and can easily get on with people of all different backgrounds. Firms also want to recruit individuals who are able to fit into their existing teams with ease, so, try to get out of your comfort zone from time to time to test yourself and your ability to deal with unfamiliar situations.

The main reason for returning from China was because I knew my future was in law. I was determined to get back into furthering my career and returned to that pursuit with fire in my belly (no it wasn’t indigestion from dog meat consumed on my oriental excursion, fortunately I am a vegetarian). The ‘new’ me I felt I had become was apparently made evident to others because the interviews starting rolling in. The first few interviews I went to, although better than before, still went badly. But, this time I was not deterred and my experiences in China helped me to press on. The more interviews I did, the better and better I became at the process. Finally, my last four interviews resulted in four offers. I now had the opportunity to be choosy and I chose a fantastic, dynamic firm, which not only matched my personality but my ambition to grow and conquer new areas of law and development. I was offered a training contract with a city law practice which was big enough to deal with large corporate transactions but small enough to make me feel like part of a team and a family.

Finding a training contract is not dissimilar to taking an exam. You need to know your subject thoroughly and work hard to prepare for the big event. Identify the technique and apply what you have learned, not only in the classroom, but in all of your life experiences. Some people have a lot more difficulty than others and although you still need that little bit of luck, determination and focus always shine through. Don’t loose hope. If I can do it, all of you out there can do it, too. And if all else fails, learn Chinese!

Shika, formerly a Solicitor at Mishcon de Reya solicitors, specialising in corporate finance, mergers and acquisitions, as well as private equity (July 2006-Dec 2010), is now Legal Counsel at Royal London Asset Management. Shika completed her LLB at The City Law School in 2000, the LPC in 2001 and followed this up by being admitted to the New York State Bar in 2006 and commencing at Mishcon de Reya.