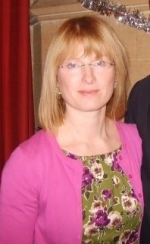 Or how do you fancy being a sports lawyer or an entertainment lawyer – or would you rather get your teeth into a bit of pensions law? Then again, your particular interest may lie in films or football. Perhaps there is a farm or agricultural land in the family and you may be interested in agricultural law; or you are a religious person and ecclesiastical law could be your forte.

While actually getting into law is the biggest hurdle to get over – once you’re in, the world’s your oyster. There is an increasing number of specialities within the law and the chances are there will be an area that dovetails perfectly with a subject of genuine interest to you.

The days are long gone when solicitors were the jack of all trades, the ‘GP’ of the legal profession. Today, solicitors need to specialise. There are a myriad different areas of legal practice and to list them verbatim would not be productive. Suffice it to say that you can practice in crime or pensions; personal injury or planning, and banking or probate law – with the financial rewards ranging from £16,500 to £1m plus.

Many lawyers practice in an area of law that has become particularly ‘niche’. Pensions law, for example, has emerged as a particularly niche area of law, as has sports law and entertainment law. So-called niche areas include not only sports, entertainment and music and pensions, but also libel, shipping and maritime, human rights, immigration, agriculture, ecclesiastical law (I could go on).

Often, niche (or ‘boutique’) law firms arise: London firm Sackers, for example, is a niche pensions firm and Finers Stephens Innocent is a niche media and entertainment firm.
One lawyer I know specialises in spinal injuries – a niche within the personal injury sector. His skills as a specialist in the law as it relates to spinal injuries have become even more crucial since he suffered a serious injury himself, leaving him a paraplegic. His personal experience has increased his demand to clients.

Barristers can also specialise in very narrow areas of law, like Robert Englehart QC who specialises in music law at Blackstone Chambers. He has told me that music law is a “niche within a niche” in the field of entertainment. His interest in music law was secured when he was a young junior, involved in representing Jimi Hendrix’s record company. Since then, his clients have included The Cure and the late Michael Jackson – although he bemoans the fact that he never got to give his evidence in court last year (the case was settled out of court).

So how do you decide which area to practice in (aside from the salaries!)? Some solicitors simply ‘fall’ into an area which interests them along the way, rather than choosing that area before they embark on a legal career. Others chose an area of law that interests them and go on to qualify as a solicitor or barrister and then secure a position in that area. Of course, persuading a law firm or chambers that practices your chosen specialty to take you on can prove problematic – it may be that you have to qualify first and then move to a firm where you can practice your chosen area. But determination pays.

But not all areas of law are as fascinating or glamorous as others – on the face of it at least. Why, for example, would anyone want to specialise in pensions law – particularly after an earlier career as an ex-police superintendant? This is what Anthony Arter, head of pensions at Eversheds, did. He has told me that although the subject may sound dry and boring he actually finds it interesting and technical, and academically challenging: “The practical application is like solving a puzzle, with a strong human element.”

So when you are thinking about what area of law you might want to specialise in, always take into account your own personal interests and abilities. Not only will this increase your attractiveness to law firms during your hunt for a training contract – it will make you a better lawyer.