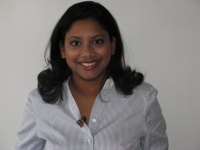 On December 1, 2009 City University London hosted a panel discussion to coincide with the World Aids Day.

The controversial topic of criminalising the transmission of HIV and other serious sexually transmitted infections was invigoratingly debated by a distinguished panel comprising:

The panel discussed the case of Sarah Porter to illustrate a more recent case of a female defendant that was convicted for recklessly transmitting a sexual transmitted disease. The cases of R v. Dica [2004] EWCA Crim, 1103 and R v. Konzani [2005] EWCA Crim 706 were also discussed as examples of cases in which the criminal law prosecuted those cases involving sexually transmitted diseases.
Mathew Weait opened the discussion by highlighting the importance of avoiding possible miscarriages of justice in the prosecution of HIV and sexually transmitted diseases. The case of Sarah Porter was used as an example of a HIV prosecution in which there was no cross-examination.

It was argued that the criminal law used to prosecute cases for causing grievous bodily harm couldn’t be applied in the same context to HIV cases, as there may be cases where “…the accusing person may be the one responsible for causing the original infection”.
Arwell Jones highlighted the approach of the Crown Prosecution Service (CPS) on cases involving sexually transmitted diseases. Sections 18 and 20 of the Offences Against the Person Act 1861 is used to prosecute those cases that satisfy stage one and two of the Code for Crown Prosecutors. These guidelines are particularly laid out given the extremely sensitive nature of the cases. This code is a public document and can be accessed on line from the CPS website.

The research findings on the perspective of gay and bisexual men on criminalisation of sexual HIV transmission conducted by Sigma Research was presented by Catherine Dodds. Research indicated that there was a feeling of victimisation among HIV carriers, creating a reluctant environment to discuss HIV and other sexually transmitted diseases because of the pre-existing stigma attached with HIV. It was further argued that criminal prosecution further enhances the status of stigma and does not provide society with positive results. In other words, criminal prosecution becomes part of the problem rather than the solution. The report titled “Sexually charged – The views of gay and bisexual men on criminal prosecutions for sexual HIV transmission” by Sigma Research is available online.

Yusef Azad continued the discussion by encouraging that the criminal law need not be the only method used to bring deterrence to HIV cases. Mr. Azad brought the perspective of the non-profit sector to the discussion, arguing that greater effort needs to be made to create a more supportive environment for HIV and other STD carriers, in order to remove the stigma associated with STD and to encourage safe and responsible sex. Opposing the criminalisation of HIV and other STD’s as discrimination against infected people argued that prevention rather than prosecution is a far better deterrent.

The discussion had a broad range of opinions among the distinguished gathering, with many recognising the need to create greater awareness and prevention. The panel recognised given the complexity of these cases, particularly instances where the victim is infected by a partner withholding or providing inaccurate information, that the criminal law may be the best available recourse to justice.

You can listen to the whole discussion here!