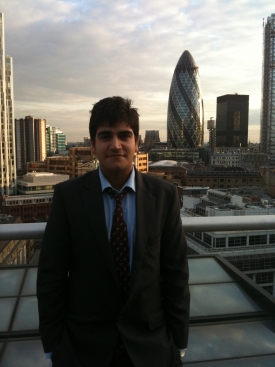 To have exposure to a large, international law firm which finds itself right at the heart of global commerce is a rare opportunity – but one that anyone would surely relish. So to get that opportunity at the end of my first year at university was one I looked to grab with both hands.

I received a call from the Graduate Recruitment team at A&O at the beginning of July to inform me that I had been offered, based on my end of year results, an interview with the firm with a view to a one-week placement. I soon found out my friend and fellow first year Matthew Toms had also been called. Suffice it to say we were just a little anxious, but nonetheless excited to showcase our enthusiasm and capability.

We spent the next week or so cramming as much knowledge about the firm as possible: what it does, how and where it does it, and, most importantly, its culture and ethos. We scoured the globe for every known reputable source of information on A&O. We knew that the interview would not only be a chance to get across a flavour of our personality, but also an opportunity to impress with our passion for the legal profession and our appreciation of the kind of work A&O undertakes.

Our interviews were, given our limited experience, relatively long – just over half an hour apiece. An inevitable signal failure on the trains meant that I was almost one hour late for my interview: that was in spite of having left nigh two hours early. However, I got off the train and called up to say as much and managed to have it rearranged for later in the day. Public transport at its most vengeful could not spite my endeavours!

The interviews themselves were relaxed and any tension we had dissipated given the warmth our interviewers showed. A plethora of topics – from our hobbies and interests, our academic performance thus far and to our understanding and experience of practical commercial law – were discussed. Matthew and I both agreed that it felt more like a conversation than an interview, which (I think!) is a always a good sign.

And, after days of nervous wait, we were told we had secured a placement at the firm.

Bishops Square: A Week In The Life

Fast forward seven weeks, and we found ourselves at 1 Bishops Square: Allen & Overy’s primary London Offices. Dressed in recently tailored suits and carefully chosen ties (my top button was even done-up!) we exhibited a curious mix of nerves and excitement (hopefully the latter that came across more prominently!). 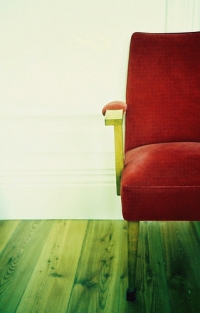 Which seat? Thanks to bricolage.108 for the image via CC licence flickr.com

It transpired the placement was an opportunity open to six or seven universities: each law school had each auditioned five or so candidates for the place, with two typically being chosen from each. So all-in-all, there were just over a dozen of us.
One of the first steps was to assign us all a trainer; a mentor in a department of our own choice who would provide us with the bread and butter tasks and work for the week, as well as expertise tutelage in the commercial arena. I chose to be seated in the Corporate Department. I was assigned to a junior associate in Private Equity who would act as my trainer for the week. While it may sound clichéd, he genuinely made me feel a part of his work; willing to listen to my comments & suggestions, along with answering my (often naïve) questions fully, despite being often inundated with a mountain of far more crucial work than that of obliging my queries.

This part of the week – having your own desk and a body of work to get on with worked particularly well. I got to dip my toes into several tasks: drafting loan contracts with spiralling aggregate values (I distinctly remember one sum which had a number followed by nine or ten dangling zeros…); analysing trust and partnerships agreements; and sitting in on international conference calls. It was fascinating. Getting an inside track on the next day’s big deals and seeing how the most able-minded bankers, accountants and corporate lawyers work in tandem to broker trend-setting transactions was incredibly eye-opening.

A sentiment that was really felt by the whole cohort was one of responsibility. Each of us carved out a niche for five days in our own departments: whether that was in reading business reports, drafting legal documents or investigating client’s demands. Any transaction is a long and complicated process (though not any less engrossing for it); one which requires legal and commercial sense at every stage. We each, in our own little ways, came away of a real understanding of that.

Peppered across the week were talks and activities for all of us to participate in. We attended mini-seminars on subjects such as the A&O’s bespoked LPC, Vacations Schemes, the Training Contract, and ‘Commercial Awareness and How To Gain It’. These proved thoroughly informative and a great source of advice on the application process. We also got stuck into various activities. 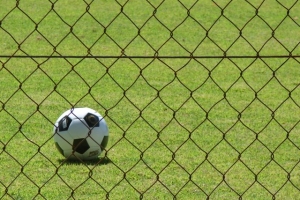 Thanks to Marcio Cabral de Moura via CC licence on flickr.com

Particularly memorable was the negotiation game where teams of four or five engaged with another in the (fictitious!) buying of a football club, analogous to the takeover of Manchester City a couple of years ago. We role-played legal emissaries, charged with achieving certain objectives for our respective parties: purchase price, staff & player contract and stadium development. Entertaining, facilitative and fun, the negotiations were never short of a droll quip or witty line of footballing banter about ‘Puddly Utd Football Club’ –the fabricated football club – or even the odd heated moment of passionate argument (which in hindsight seem equally comic!). The feedback we received from the A&O team, trainees and the Graduate Recruitment team succeeded at getting us all to think about how to sharpen those soft skills of negotiation that we use on a daily basis. The presentation, which consisted of a team of four or five again working together to showcase an A&O Department, to an audience which included a Senior Partner – was the showcase event of the week. The teams met up in their own time throughout the week, devising scripts, PowerPoints and props for the presentation. We were required to articulating our research, respond on our feet to questions from the audience on A&O’s work practices and innovate to create a savvy and interesting talk. Such skills again are crucial against the backdrop of a client-facing organisation, and so again we all tried to soak in and take as much from the experience as we could possibly manage.

We were often (rightly!) spoilt – lavish lunches, drinks and dinners were an almost daily routine. The ‘high life’, indeed. But hedonistic indulgence aside, it gave us an opportunity to network; the value of which I cannot express the importance of. ‘Networking’ is one of those buzzwords you often come across – and for good reason. Taking from the experiences of those who find themselves working at A&O is excellent exposure and food for thought. It provided an excellent overview of what the firm is, its ethos and what it is to work there day-in, day-out. This was often coupled with wise words of advice on how to go about getting on the commercial law ladder. This is not so easily procured from brochures and other such literature, and is therefore highly recommended.

If this appraisal of my A&O experience is one that I thoroughly enjoyed, you’ll have read it correctly. New experiences are refreshing and invigorating: this was no different. Multi-national, billion-dollar deals were the staple, supplemented by developmental exercises and informative talks, making it a well-rounded experience. Add a good group of law students to boot and you may see why it is a week neither Matthew nor myself are likely to allow to fall prey to the sponge of amnesia. As one associate put it, the city life is a drug you can all too easily fall prey to. I think a few of us may rightly be called addicts.

Ali Gokal is in the second year of his LLB at City.