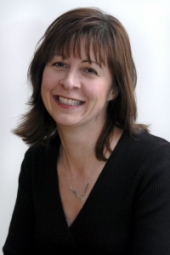 There are few professions which can get away with inviting a prospective applicant to spend up to five days in situ, without payment or even reimbursement of their expenses, in order to check them out for a job. The Bar can, because the competition is so tough, and students will do anything to get a foot in the door. If you want to be a barrister, it is expected that you have spent time in several Chambers before you submit a pupillage application; the OLPAS form asks you to list your mini-pupillages and you can expect to discuss your experiences at interview. If you plan it properly, mini-pupillage can be a very useful insight into the profession. You have to “mini-pupil” but with so many competing interests during the GDL year, you need to adopt a sensible strategy.

City recommends three(ish) mini-pupillages during the GDL. If your world will stop turning if you don’t become a Chancery barrister, just apply to Chancery sets and do it early. If you are not yet sure which area is for you, apply to a variety of sets to help you to get a feel for different areas of the law. When you have three under your belt, stop applying, unless you think you can convince a couple of QCs of the reasons why you rejected their set for mini-pupillage yet applied for pupillage through OLPAS. If a Chambers mini-pupillage policy reads “We don’t insist that applicants for pupillage have completed a mini-pupillage with us” consider seriously whether your time is better spent in a Chambers that does.

Some of the big sets will interview you for mini-pupillage. This says (at least) two things about their attitude to the system. First, that they are overwhelmed with applications from candidates who are equally brilliant and second, they take the process seriously. The interview is about 20 minutes long and the ‘warm-up’ question is usually a variation on a theme of the following:

1. Why do you want to be a barrister?
2. Which area of the law attracts you?
3. Why have you applied to this set?
4. Which of your skills will make you a good barrister?

Have a good answer prepared for each one; it will help put you at your ease.

Since interviews for mini-pupillage take place before you’ve had a chance to learn very much law, your legal knowledge is unlikely to be tested. Instead, you will be presented with a question on government policy or current affairs. If you read the news, you will anticipate most of the questions. You may be asked a broad legal question such as “which area of the law needs reform”, which is when your pre-prepared two-minute speech on a contentious area comes in handy. Tort and Equity are ripe pickings.

The interviewer wants to see that you can speak. Yes, really. You will be asked to discuss a variety of issues and you are being tested on whether you can do this in a logical, analytical and confident way. Barristers are paid to have an opinion, so adopt one for the duration of the interview. It doesn’t matter that you don’t believe in it, but stick to it. When it is challenged, don’t cave in, even when the brilliant opposing argument makes clear that your position is pathetically weak. Remember that there isn’t a “right” answer; the interviewer just wants to see whether you can stand your ground.

Finally, beware of falling into the abyss of “On One Hand”. You can be quite sure that once you have set out one side of the argument, you will be asked to argue the other. Mix them up and you will fail to present a convincing argument for either side. You need a structure and it might help to think about your presentation in terms of three submissions, mooting style. For example 1) the law and your client’s position relative to it 2) the policy debate and 3) the human rights angle. When you have made your three points, shut up and allow the interviewer to fill the silence. If you don’t know the relevant law, say so. “I don’t know this area of the law, but I can talk about the policy debate” is a smarter opening gambit that trying to bluff your way through an unknown law in front of someone who is probably the national expert.

Depending on the set, you may spend the whole week in court (Crime, Family), or the whole week in Chambers (Public), or a mixture of the two, depending on the case load that week. If you are in Chambers for a week, you may be given a legal research problem to work on when your barrister is busy. Your barrister can’t help you with it; don’t embarrass yourself by asking her for the answer. You may have to hand in your work at the end of the week or give a presentation on your findings. If the set has a policy that mini-pupillage prior to a pupillage application is mandatory, assume that your presentation or draft will be assessed.

If you have a bad experience, you may have decided by the Tuesday evening that there is nothing that would persuade you to apply to the Chambers who has left you unsupervised with nothing to do for two days. Don’t just leave and not go back. Talk to the pupillage manager if your appointed supervisor is unavailable. The Bar is a small place and barristers talk to each other. Your supervisor may turn up on the panel for your scholarship interview at your Inn; he may have moved to another Chambers by the time you submit your OLPAS applications; he probably went to Bar school with your next supervisor. Don’t upset him unless there is a very good reason.

From Chambers point of view

A mini-pupillage is a filtering mechanism and the opportunity for a prospective employer to make an assessment on your suitability for a career in her set. Every minute you are there is part of the interview, including your court visits and lunch. Be on time, smartly dressed, interested and curious, but be sensitive to the demands of your supervisor’s day job. You are not the priority; the hearing in the High Court is. Think about what your supervisor is observing in you, including whether you will be a good ‘fit’, and behave accordingly. For many barristers, the obligation to supervise mini-pupils is a pain in the neck. Try not to be one. From your barrister’s point of view, she is doing you a favour by allowing you to hang around, getting in the way. Send a thank you email at the end of the week, but make it brief and don’t be sycophantic.

If you have a particular area of interest, or there is a particular barrister you want to shadow, contact the pupillage manager ahead of time with a request. Your request may fall on deaf ears but it doesn’t hurt to ask. If you can’t allocate five days, either because your coursework is late or you can’t afford to give up your part-time job for a week, ask whether you can spend two or three days instead. If you can’t afford to spend your student debt on train fares to the north of England in rush hour, don’t apply to places where you are expected you to travel at your own expense. If you are following a particular case where there is a point of law that you think is a GDL examinable question, write a summary and elicit feedback from your supervisor.

A scattergun approach to mini-pupillage is a high-risk strategy and could mean that you will miss more of the GDL that you can ever hope to catch up. Do a few, do them well, tick the mini-pupillage box on the GDL checklist and get on with the course.

Thanks hugely to Heidi Smith, City GDL 2009-2010 for this informative piece.