Eversheds are a major international City Law Firm who launched their competition for 2010 today – the LLB2 student with the best piece of Tort coursework will secure a week-long work placement at Eversheds. In today’s tough economic climate, this type of work experience is hard to come by and would be a very good addition to your cv. 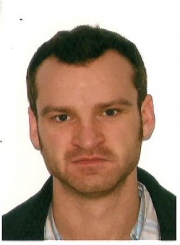 Last summer I won the Eversheds LLP Essay Prize for GDL students and was invited to join the firm for a week’s work experience. Writing my essay just after the intensity of the GDL exams was difficult, as I’m sure you can appreciate, after 11 weeks of solid revision looking at law journals was low on my list of priorities! However this also meant that I was sharp and had cases at my fingertips to form an idea of how I would answer the question before engaging in detailed research.

A number of factors encouraged me to enter the competition, primarily Eversheds reputation as a top ten law firm, the chance to gain some fantastic commercial legal experience and, not to mention, achieve a brilliant addition to my CV in lieu of training contract applications etcetera.

After being informed that I had won, I was invited into Eversheds to talk to Lorraine Igoe, their Graduate Recruitment Advisor, and discuss which departments I would like to sit in. Given a choice of two from Eversheds’ five departments, I chose to split my time between Commercial Litigation, to gain some contentious experience, and Commercial IP, as I am interested in working in media and copyright law.

Starting the week in Commercial Litigation, or Com. Lit., as it was invariably called by the trainees, I was assigned a buddy who made me feel very welcome and straight away assigned me various research tasks, such as looking into battle of the forms cases within shipping law. I was also given the task of proof reading a request for arbitration regarding an SPA with a leading airline catering company. This was brilliant as it gave you an insight into the nature of the dispute and allowed you to learn a great deal while performing a valuable role. I also had the opportunity to accompany solicitors to the Royal Courts of Justice on a number of occasions, taking notes, meeting and talking to the barristers and observing the court proceedings in general.

Secondly I sat with the commercial IP team and immediately was given some high quality work; after looking into the background and previous client correspondence of an employment issue with one of the IP team’s clients, I took the opportunity to draft a letter of advice to the client which I then discussed with a solicitor and an associate. I was also invited to join a client meeting regarding a patent dispute, for which I helped prepare our file and took detailed notes.

I also had an opportunity to meet with Ian Gascoigne, the partner who oversaw and marked the essay competition, and chat about the week and what in particular I had enjoyed about working at Eversheds.

During the week I was keen to make the best of various opportunities to socialise with trainees and members of the firm. I sat with trainees from various departments for lunch on most days and met up for drinks in the downstairs coffee shop turned bar on Thursday and Friday night. I found the other trainees very friendly and welcoming; indeed I was invited to play rugby with the firm at the Law Society Sevens the following week, another enjoyable experience.

Overall this was a fantastic opportunity and well worth the initial effort, not least to gain a thorough understanding of the work undertaken by a leading City law firm. Furthermore the meritocratic credentials where recognised by those working at the firm, giving a positive impression of my dedication and commitment to law.

As a result of winning the Eversheds essay prize competition; I was put on a work placement for a week at Eversheds. We were given a choice of five departments in which we were allowed to select two out of the five departments.

We were also allocated a supervisor (who was actually a partner within the firm!) and a trainee who acted as my buddy. On the first day, we were ushered into IT training rooms and briefed on how to use the computer system. We were then given a tour of the office. I was immediately impressed with how little hierarchy there was within the firm as everyone was extremely approachable.

I spent the first three days in the competition department in which I spent my time researching on points of law for live clients as well as internal meetings. During the last couple of days, I was then moved to the corporate department in which I was involved in taking minutes for the client meeting. Towards the end of the work placement, I was then called for a meeting with the partner to discuss my experience at Eversheds and I was fortunate that the firm has an open door policy for my many questions!

During my time at Eversheds, I felt involved from day one. I was amazed that they were able to provide me support and supervision to allow me to be involved in doing real work. It gave me a priceless insight into what life as a solicitor at Eversheds would be like.