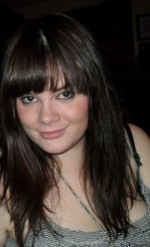 Imagine being near the scene of a shooting; then being arrested for this shooting along with your significant other even though neither of you had anything to do with it. Now, imagine being kept apart and held on death row for these crimes for almost two decades without access to good or experienced legal representation or a fair trial.

Imagine hearing the news that your significant other has finally been executed and it has gone horrifically wrong and it is all over the news for your children to see. Now imagine that eventually justice is served and you are exonerated due to fresh evidence surfacing but your children, who were just babies when you were arrested, are now fully grown and want nothing to do with you. This horrific story is not one in a million it is just one variation on a theme that is typical throughout the American Justice System. It is not surprising that miscarriages of justice are rife in a legal system that sets targets and rewards for the police and prosecution for resultsLearning about the injustices of the Death Penalty, and the Criminal Justice System in America generally, may not be the jolliest way to pass your weekend but it is certainly incredibly worthwhile. The training I attended was with Amicus and Reprieve, two NGOs. Reprieve’s tag line is that they ‘use the law to enforce human rights of prisoners, from death row to Guantanamo Bay’. Reprieve works on promoting the rule of law around the world and giving legal support to prisoners; usually the prisoners accused of the most serious crimes, for example murder and terrorism. Although some may find this a bizarre concept it is these prisoners who are most likely to have their human rights disregarded.

Amicus was set up in 1992 in memory of Andrew Lee Jones who was executed in Louisiana in July 1991. Like Reprieve, Amicus provide legal representation to prisoners most likely to have their human rights overlooked. Amicus particularly focuses on providing legal support to those awaiting capital trial and punishment in the United States. Both charities are fighting for procedural transparency and fairness. Furthermore, both charities are desperately trying to raise awareness of the human rights atrocities that occur with regards to capital punishment and the lack of prisoners’ rights in general.

The training I attended is one way for the charities to do this. However, it also represents a huge opportunity for anyone, particularly students, to get involved with Amicus and Reprieve and put their training into action. The training provided is, of course, one way of educating people about their cause. The training, however, isn’t just a means in itself; it is a means to an end as well. Amicus and Reprieve hope, at the end of the training, people will apply for one of their internships in America. The training started on a Friday evening with past interns giving their accounts of their time in America. Admittedly there was a lot of talk about photocopying and although anything, including photocopying, helps the criminal investigators reach their goals it doesn’t really set your soul on fire!

However, the longer they talked the more apparent their passion became for what they had done in America maybe one, two or more summers ago. Although photocopying was a big part of what they did they also got to take part in investigations; travelling hundreds of miles along the infamous American highway to chase up leads and speak to a huge variety of people from all walks of life. Every single intern I spoke to could not have been more willing to endorse the intern programme. These interns have gone on to work as barristers, solicitors, academics and many more legal professions in every sector of the law, particularly in criminal law and human rights. The introductory evening also included talks from two people who had been wrongly imprisoned on death row. Their stories were difficult to listen to but unfortunately they are much closer to being the rule rather than the exception in justice systems all over the world; or as Juan Robertez Melendez, a death row exoneree, puts it, ‘I spent 17 years, eight months and one day on death row. I was not saved by the system. I was saved in spite of the system’.

The actual training took place over two weekends: the first weekend was a theory weekend and the second was a practical weekend. The theory weekend gave us a solid grounding in the workings of the American legal system and also served to bust some of the myths of the death penalty. For example, the death penalty actually costs the US Government more money than it would be to keep the prisoners in prison for life; the death penalty is not, as the states with the death penalty would like you to believe, cost effective. Whether you plan to apply for an internship or not it’s incredibly useful to get an insight into how other legal systems work. As part of the theory weekend we also had the opportunity to work in groups through a real case and work on an argument for the defence.

The practical weekend was just as informative as the theory weekend. We learned how to interview witnesses, important document retrieval skills that will help the investigation and other practical skills. As well as a musical interlude (you’ll have to do the training to find out what this is) we split into groups and took part in role plays. Past interns played various prospective witnesses and we had an opportunity to put our new interviewing skills into practice. Again, even if you don’t end up completing an internship, the skills you learn are invaluable for anybody wishing to practice law; the skills are very much transferrable.

The training itself cost £50, which may seem steep if you’re a student, but it was well worth it. It helped me understand the UK legal system by looking at how other systems work as well as giving me invaluable practical skills. All the speakers were inspiring, informative and incredibly engaging as well as being extremely helpful in answering any questions. The training itself looks great on your CV whether you apply for an internship or not. The whole experience is also a great networking opportunity as you get the chance to talk with the speakers as well as people from Reprieve and Amicus and their interns. Above all, the work Reprieve and Amicus does is incredibly valuable and I would recommend getting involved with them in any way that you can.